A major part of my practice in the last 20 years has been the documentation of social change processes and the work of organisations involved in the inclusion of wider communities in arts and other cultural activities. The projects presented below give an insight into how such visual documentation can enhance an organisation's capacity to build advocacy cases and to raise public awareness of the value of its work. 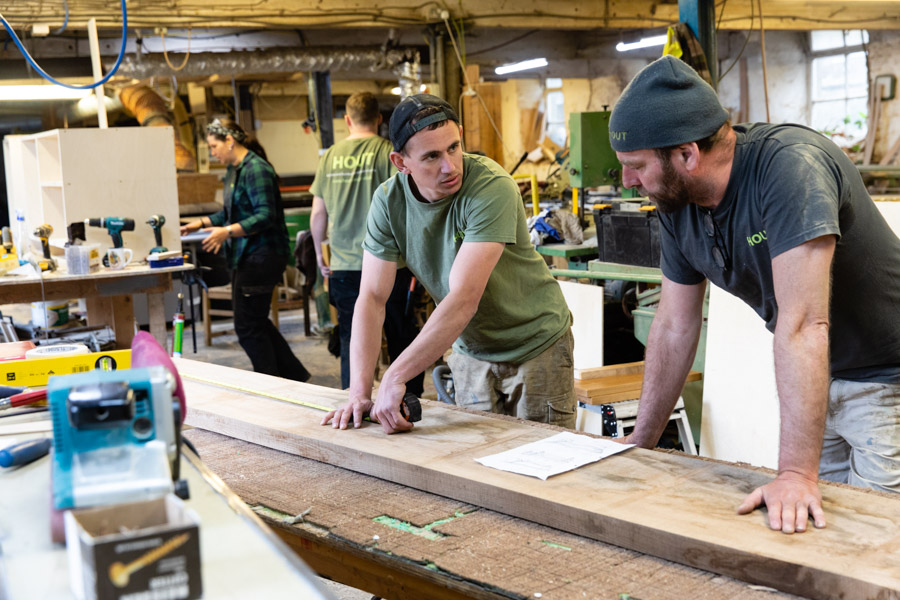 I'm working with Sjouke Minkema and his furniture making and design company HOUT (Dutch for ‘wood’) to develop a documentation of his processes and practice. The company is based in Holme, Cumbria and has been running for more than 12 years.  The first phase of the project looks at the process of selecting locally sourced timber (native ash, elm, beech, oak and other hardwoods), and the stages involved in making a small bespoke coffee table.  Images from the first set can be found at Hout #1. 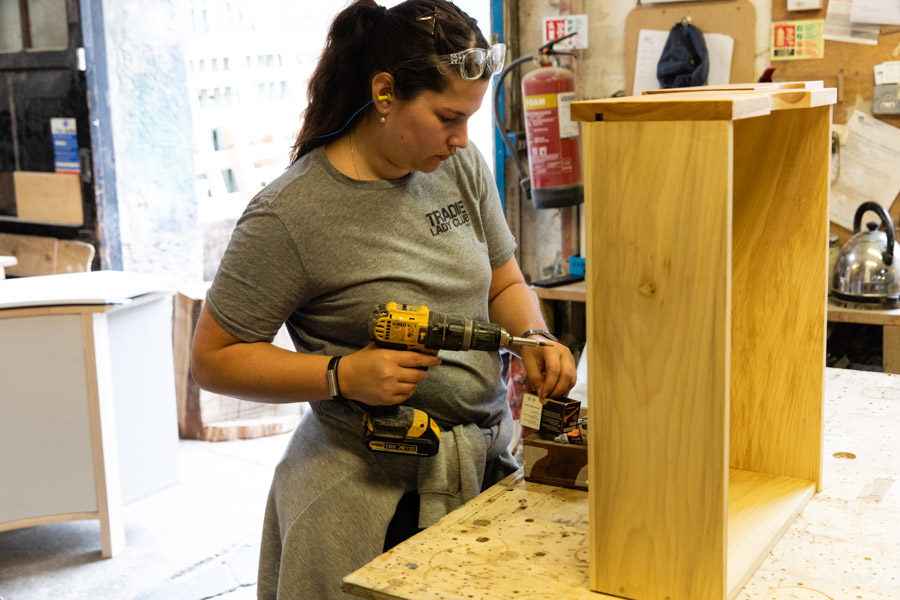 In the second stage of this project, the process of making the desk that I'm currently working at is documented.  Having followed this process in such detail, my affection for my desk and my respect for the crafts women and men who have been involved in their making is profound.  My thanks to Sjouke, Steph and all the others at HOUT. For images of the project, go to HOUT #2. 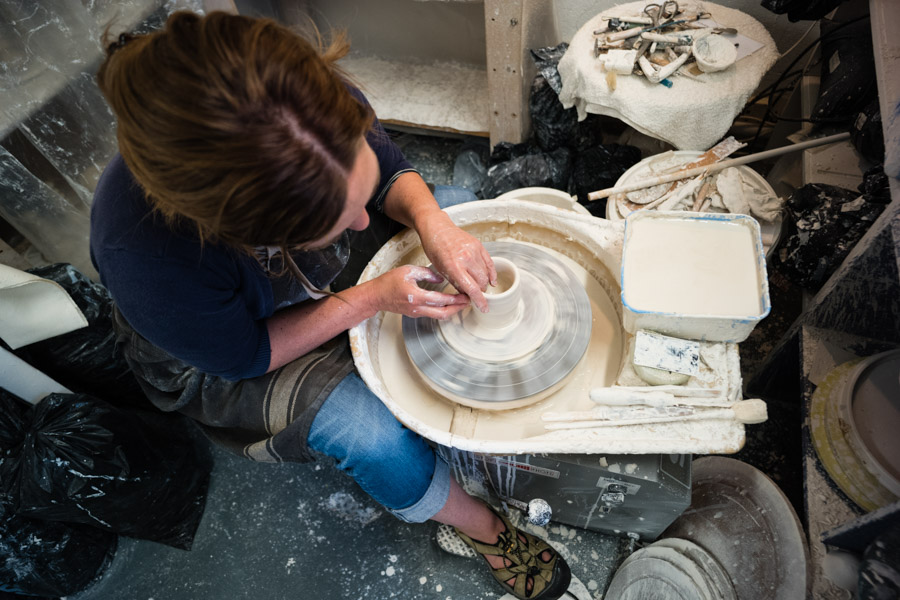 Rebecca Callis makes beautiful porcelain pots in her studio at the Factory in Kendal.  The documentation here is the first stage of a longer term documentary of her practice as a maker and artist.  To see more images go to Rebecca Callis: a potter at work. 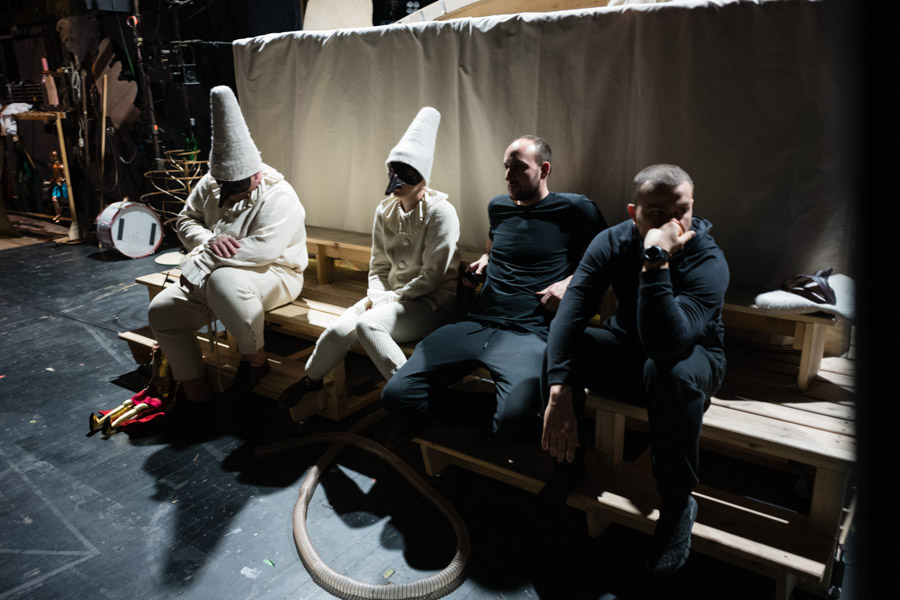 I've been invited to document the work of Poland's leading puppet / human theatre.  Teatr Lalka is based in the Palace of Culture in the centre of Warsaw.  Alongside its extensive series of productions in repertoire, it runs a major touring and education programme which travels throughout the country.  The photos here were taken during preparations for the new production of Jarosław Kilian's The Fine Greenbird.  More images can be seen at Teatr Lalka - backstage. 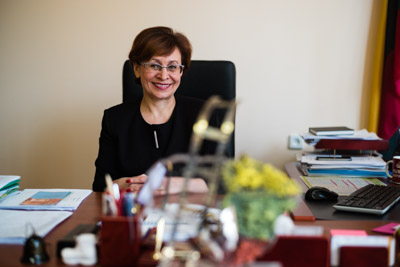 The example given here is part of a wider comparative documentation of educational institutions and practices in the Eastern Baltic countries of Estonia, Latvia and Lithuania.  The documentation was carried out as part of a recent field visit undertaken for the British Council.  More images can be seen at: Lithuania: 3 Schools 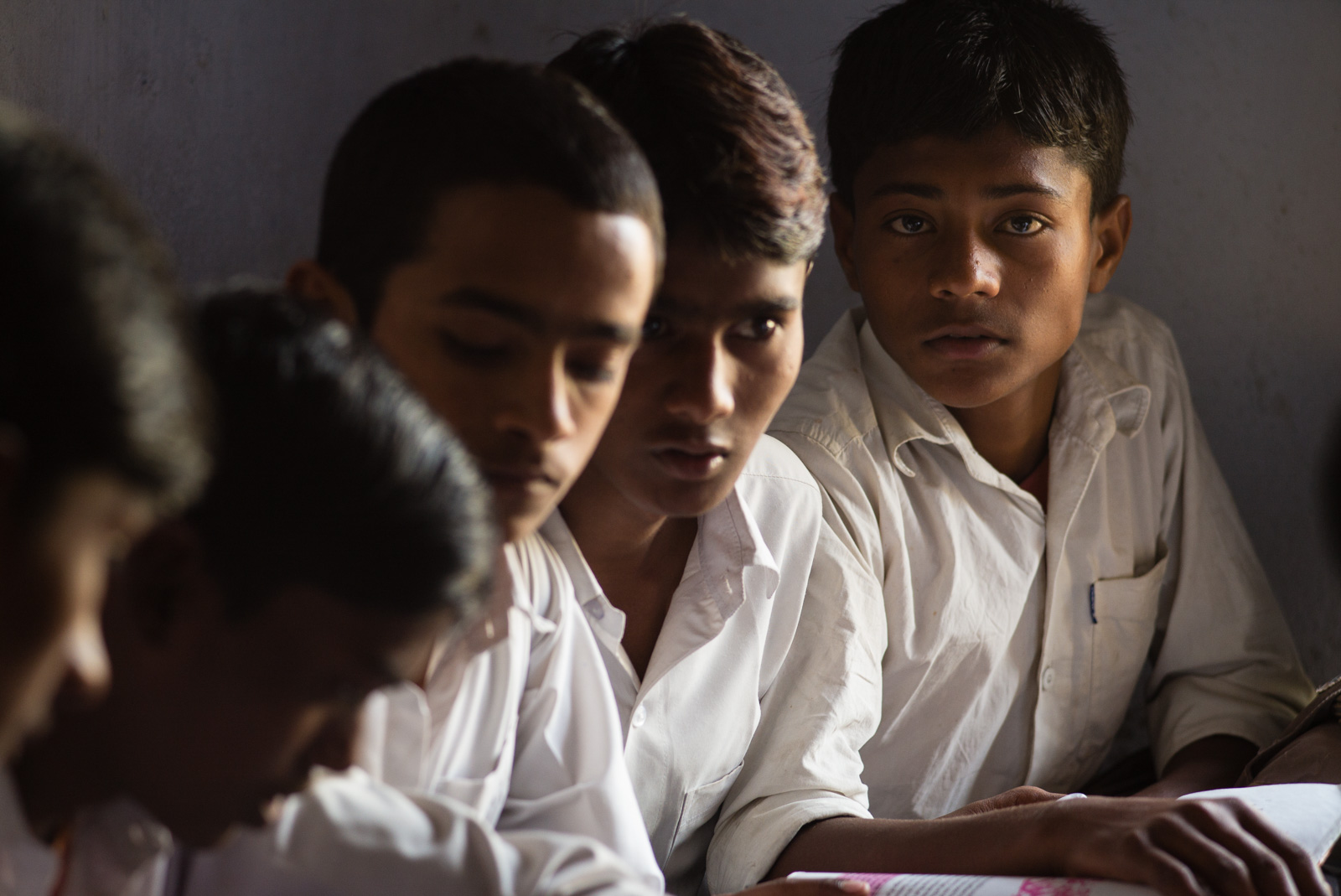 I was in Bihar again during March 2016 to carry out an evaluation of this project and to extend the photographic documentation of schools that I began in 2013.  Some images from this visit can be seen at Secondary Schools in Bihar 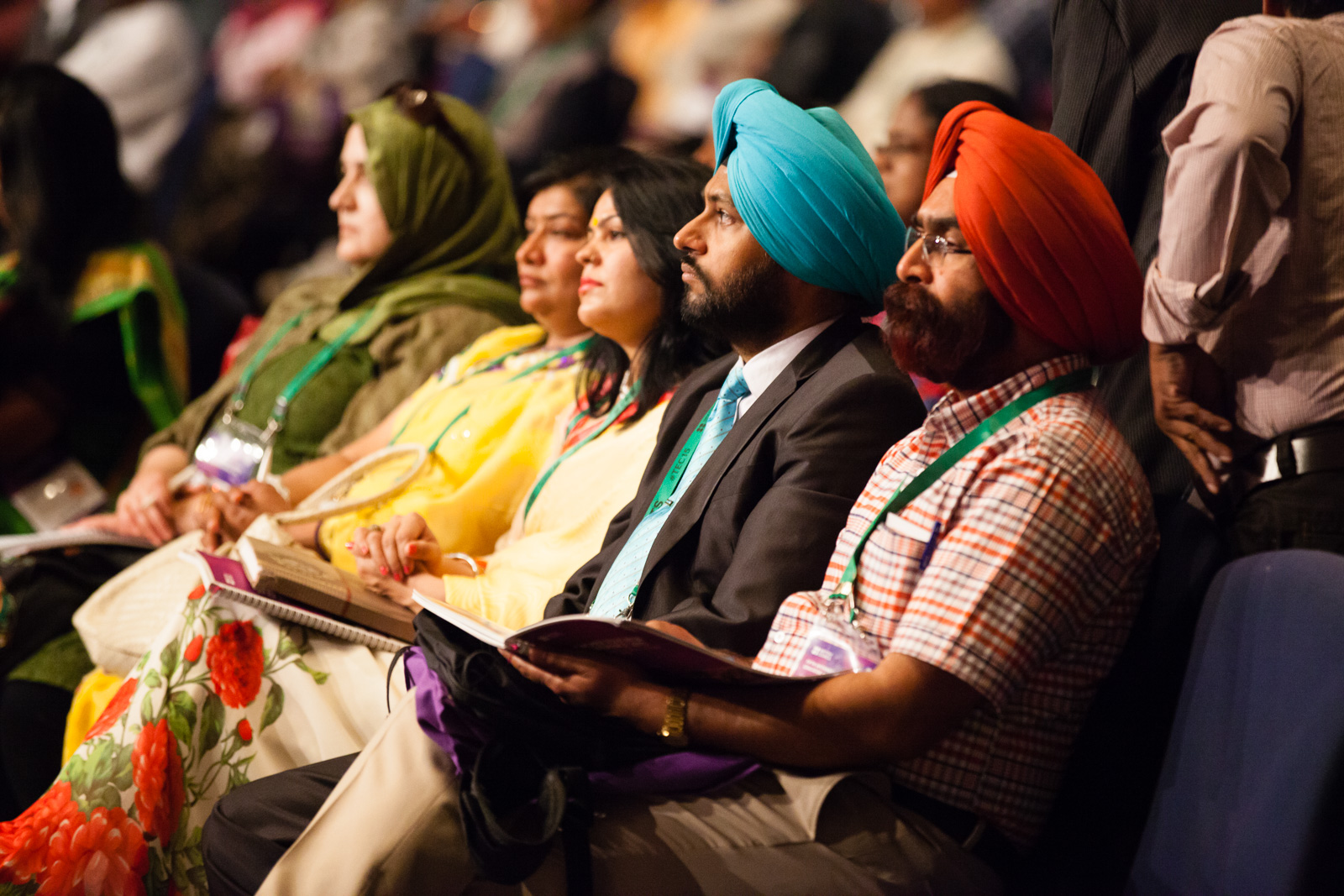 The TEC 2014 Conference in Hyderabad was organised by the British Council India.  It gave an opportunity for teacher educators from across India to exchange ideas and learn from leading specialists in their field.  It is an essential part of the teacher educator's year.

A secondary school in Bihar: A growing realisation that a command of English can enhance the earning opportunities of the poorest members of society has led to a series of projects to support English language teaching. Through this process teaching methods and materials will be improved as part of a renewal of education across the State of Bihar. 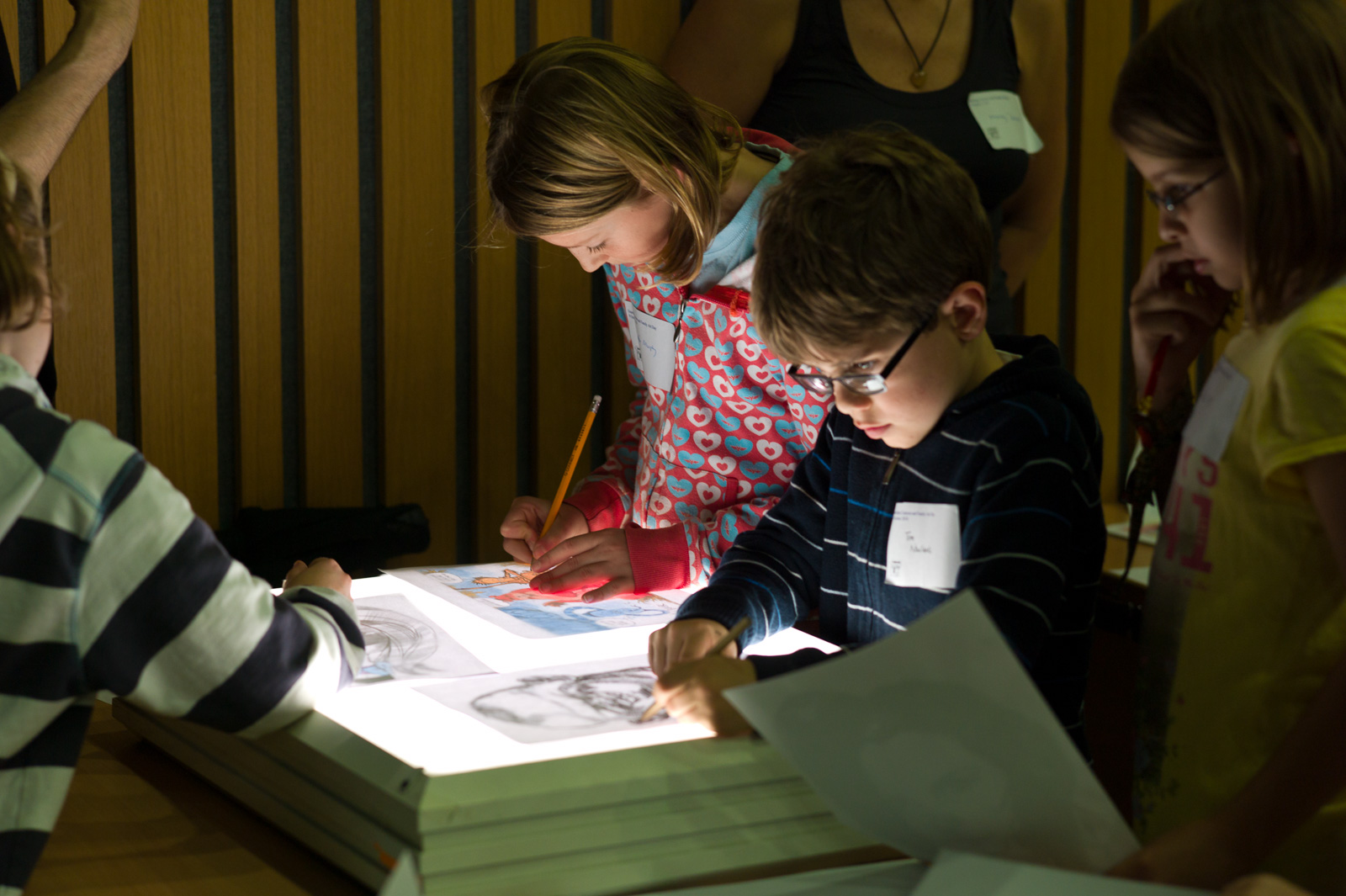 Through the Big Draw event, the Guardian Newspaper has been working in partnership with King's Place in London to offer children and parents the opportunity to engage with professional artists and cartoonists and to develop their own skills.

EARLIER WORK: If you would like to see earlier work in this area please visit my archived web site